What Is A Bomber Jacket?

From being one of the most searched to one of the most popular trends with a rich history. Bomber jacket has developed into a phenomenon that knows no border, language or culture. Being versatile, gender neutral and relevant to all ages, leather bomber jackets in particular have never been more widely recognized across the world than it is now.

Why is it called a Bomber Jacket?

Bomber jackets were historically introduced during World War I, when most aeroplanes did not have an enclosed cockpit and the need for durable, warm jackets were at a high. Purely serving for function, this jacket was established as part of the uniform by the U.S Army and the Aviation Clothing Board.

While the bomber jacket was an essential for the military, it gradually trickled into the wardrobes of civilians. The MA-1 which was made from nylon and featuring an orange lining being one of the most popular as it crossed over various borders and civilizations.

Interestingly, Europe was one of; if not the first to adopt the bomber jacket style outside of the military. This was an intrinsic part of the emergence of subcultures through the 60s and early 80s.

What is a Bomber Jacket?

A bomber jacket is traditionally a short (waist-length) outerwear that has a gathered, ribbed waistband and matching cuffs. It has a zipper front and often has four functional pockets at the top and sides. Aside from leather, bombers’ are also made using polyester, nylon, and cotton.

Through its evolution, bomber jackets can either have a flat round collar matching the waistband or a shirt collar that is either plain or with a shearling lining.

Based on its history, bomber jackets were initially designed to keep the wearer warm in extremely cold climates. Though this feature remains unchanged to this day, many variations have been introduced over the years which is why bomber jackets today, are made from leather sheepskin or fabric.

From men’s bomber jacket style to cool bomber jackets for women, you will find an unlimited variety that you can choose from and many different types. Some of these we cover below.

Polyester is probably the most or one of the most common type of bomber jacket you can find and are the perfect spring bomber jacket for men seeking style. Available in a variety of colors and the great ability of being able to carry any print to achieve something unique, are just some of its many attributes.

The lightweight properties of these materials make them a good choice for layering of your outfit whether it’s warm or cold. A polyester bomber is also waterproof and weather resistant.

The bomber of choice for winter months, wool will keep you from feeling the chill with its thickness and warming properties. It is also water resistant and comes in a variety of textures. Wool can be authentic or faux totally depending on your requirements.

Some bomber jackets are found with a simple yet stylish wool lining or on the collar. The creativity behind this is unlimited.

Suede is easily one of the higher quality fabrics, designed to give you a smart and stylish look. Starting from the texture that gives out a cool multi-tonal appearance to the incredible softness. While most tend to go for the neutrals, others crave a bit of color.

Which is why suede can be found in various colors to suit several different tastes. Suede would be one of the jacket options one would go for to achieve a more dressed up look.

Leather is a traditional fabric with which many different types of bomber jackets are made. What’s interesting is that leather and suede make a great combination for those looking for a mix-match bomber jacket style.

Whether you go for a leather bomber jacket style that has a suede collar or sleeves or not, you can be sure that this combination of materials will create a uniqueness unlike any other.

Perhaps one of the most popular colors in bomber jackets for men would be the green bomber jacket style. Available in a deep khaki green or a muted sage green for those who are not huge fans of color but still want to freshen up their looks without going overboard. Here’s where green gets the attention to the extent that many women too have opted for a cool green bomber jacket as well.

Channeling inspiring films that did a great job in incorporating timeless leather bomber jackets into complete trendsetters that are adopted even today. Raiders of the Lost Ark, Pulp Fiction, Top Gun and Drive are just a few blockbuster hits that engaged audiences with not only compelling story-lines but style elements that went on to influence fashion on a global level. The aviator or flight bomber jacket style is one such example of timelessness.

Classic styled bomber jackets have an ability to mix timelessness with ease and richness that are influenced by different genres, welcomed and embraced by a variety of individuals.

Be it a totally minimalist piece or one that nods to the striking style of the past, a mix of past and present or some other form that highlights the factors that qualify as true blue classic pieces.

With a dash of creative style elements and various options for functionality and detail, modernized bomber jackets are especially embraced by individuals seeking stylish pieces that complement their personal style or help them make a statement that depicts who they are and what they’re all about.

From young and fun pieces to dramatic, edgy bomber jackets. Each telling a different story about the wearer that makes both jacket and individual, unique.

In the spirit of all things fashion forward and often times over-the-top, futuristic bomber jackets ensure utmost functionality, versatility and design that blend together to give you the feel and influence of style that is light years ahead.

From a multitude of design elements to colors, textures and detail that nod to this growing group of bomber jackets that are truly appreciated by a select, distinctive group of individuals.

FAQs and Answers to the Most Common Questions

What is a Bomber Style Jacket?

Easily identified as a classic piece of outerwear, this bomber jacket style includes ribbed cuffs and hem, a front zipper closure and well defined neckline. Although available in a wide range of colors, styles and fits, the standard waist, length, design often remain similar if not the same. With a few exceptions here and there that involve the addition of a hood.

Why is it called a Bomber Jacket?

The bomber jacket could have possibly received its name from its initial introduction as part of the military uniform. Based on history, the very first bomber jackets were worn by military pilots during World War I and II hence the name being drawn from realistic elements at the time.

What do you wear with a Bomber?

To reflect its true versatility, bomber jackets can be worn with practically anything. From denims and chinos, dresses and skirts to shorts and for some, yes; even bikinis. Bomber jacket styles enable you to dress up or dress down your look depending on where you’re going.

What is a Flight Jacket?

A Flight Jacket Aka a flying jacket is typically a short, usually leather jacket that has a warm lining or collar or both. A Flight Jacket has several pockets and is an early style version of the bomber jacket and Letterman jacket that followed years later.
The Flight Jacket was worn by pilots until it was adopted by civilians as daily outerwear. This is the reason for the revision in style, silhouette and name of this classic piece.

Bomber jacket styles are available in both regular and waterproof options. While talking about waterproofing, there is often a misconception between waterproof and water resistant. When buying your men’s bomber jacket or bomber jackets for women, make sure to ask as to whether the piece is waterproof or not.

Waterproof means you can wear your bomber jacket in the rain without the water going through whereas water resistant only enables your jacket to repel a bit of water but isn’t safe from water passing through.

What to Consider before Buying a Bomber Jacket

Fit, fabric, fastening and color are four basic points to look for before buying a bomber jacket. Once you are able to get the fit right in a quality fabric that has good and durable hardware i.e. kippers, buttons, buckles etc. in a color that you love. You’re good to go!

Zipping up this Topic on Bomber Jackets

Evolving through many decades, bomber jackets for men as well as women’s bomber jackets, are available in a variety of different fabrics, as well as colors and fits to suit everyone. Bomber jacket style has no limits or boundaries and is just as popular across the world as any other iconic fashion staple. 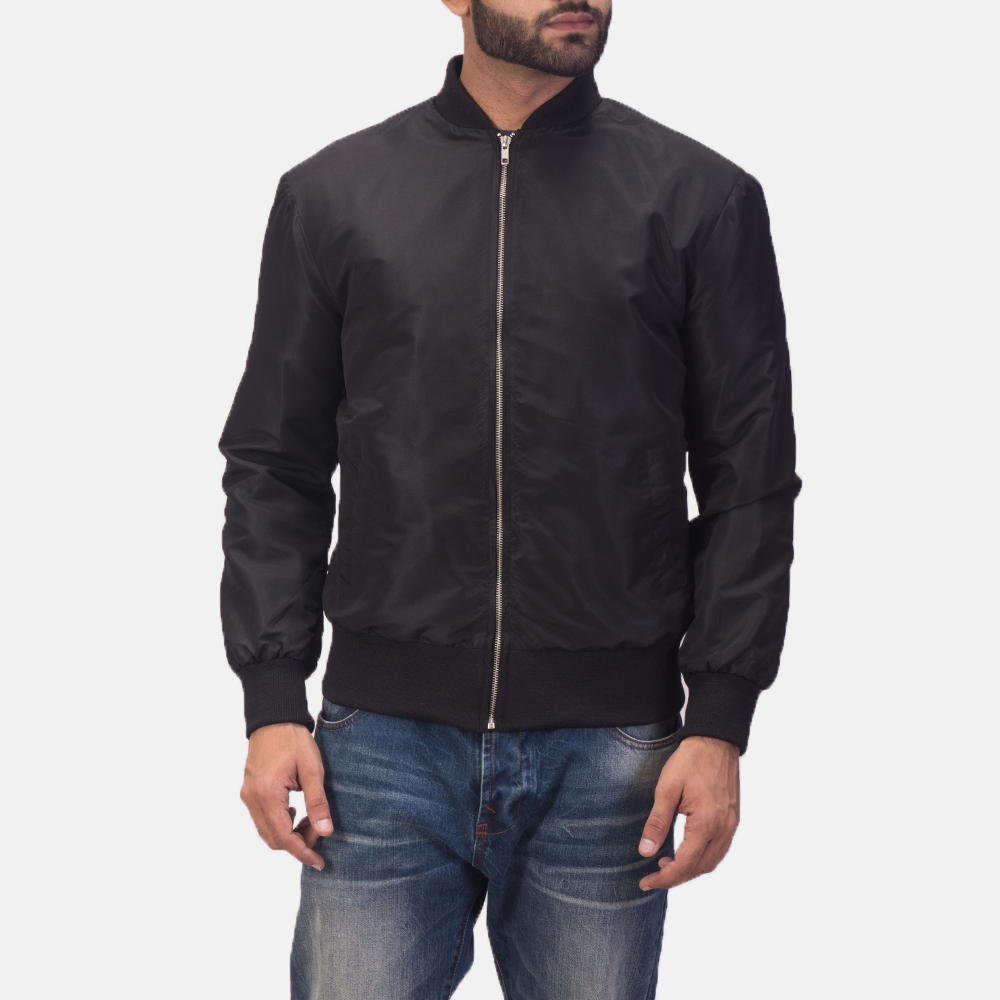 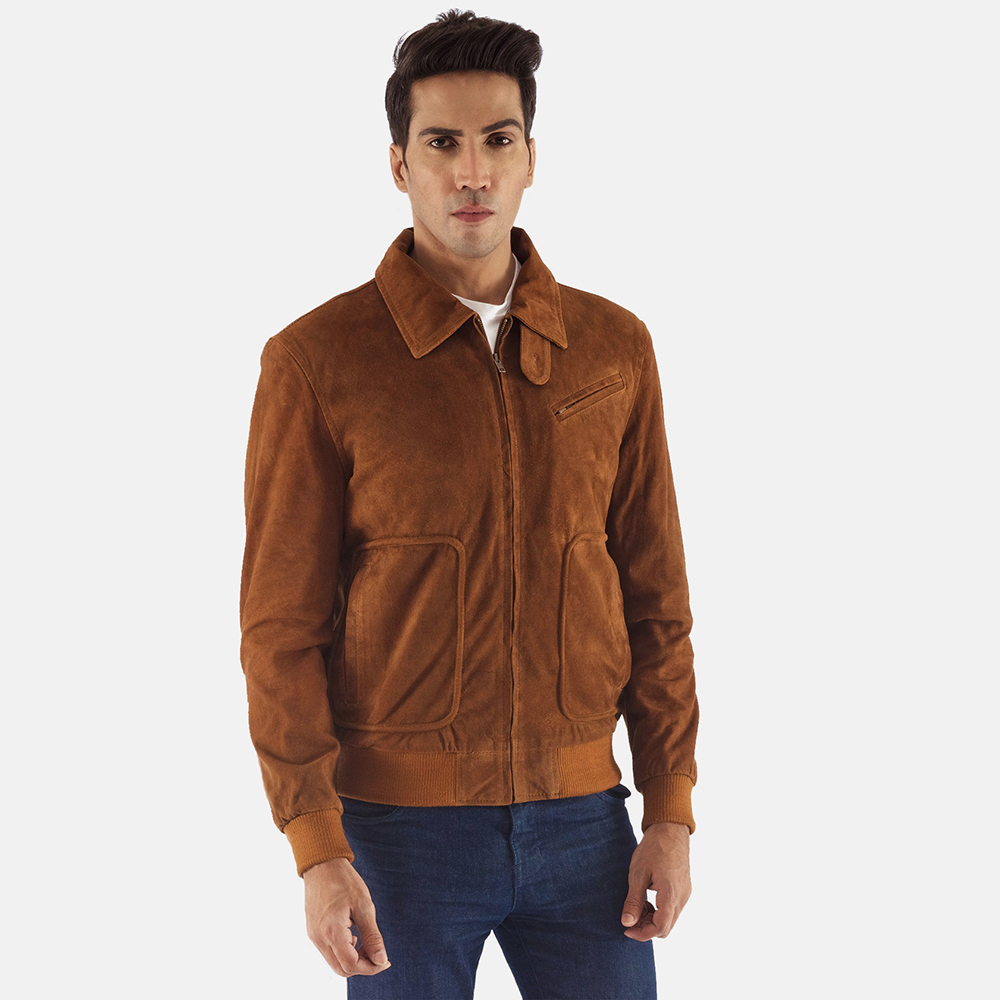 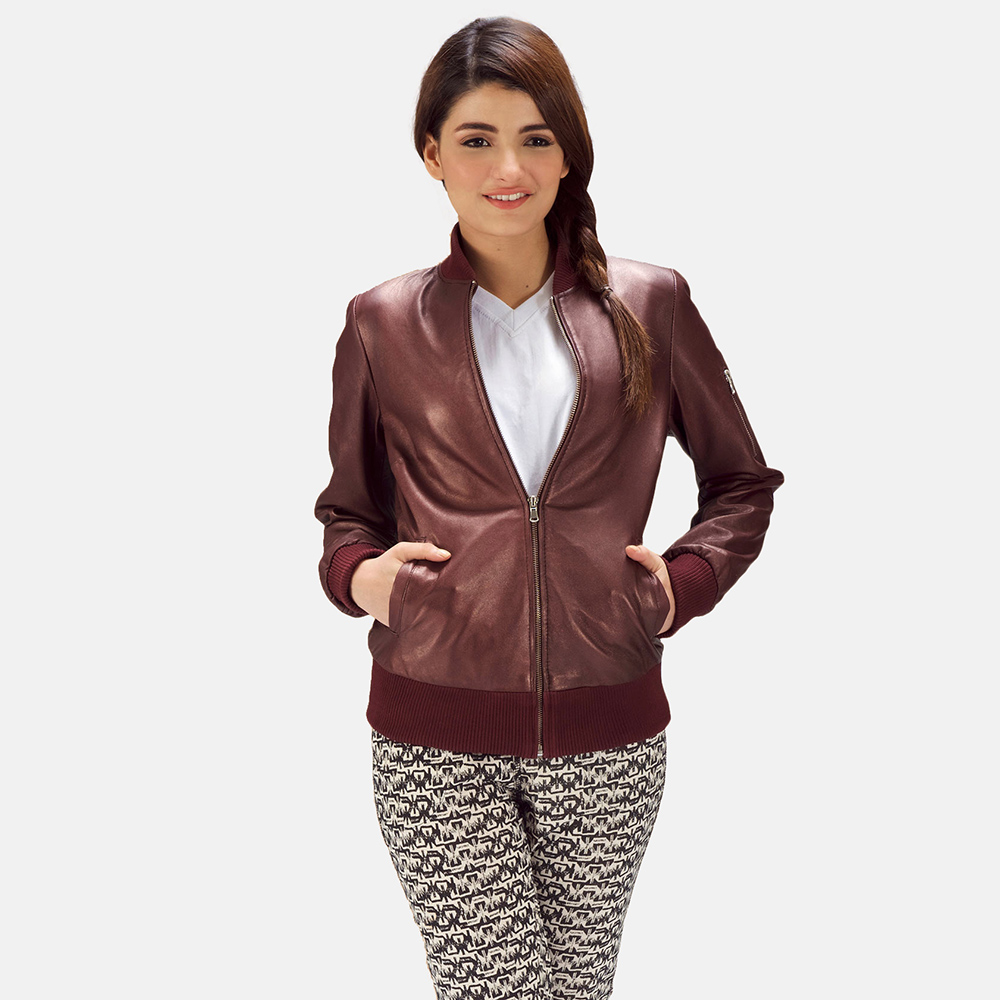 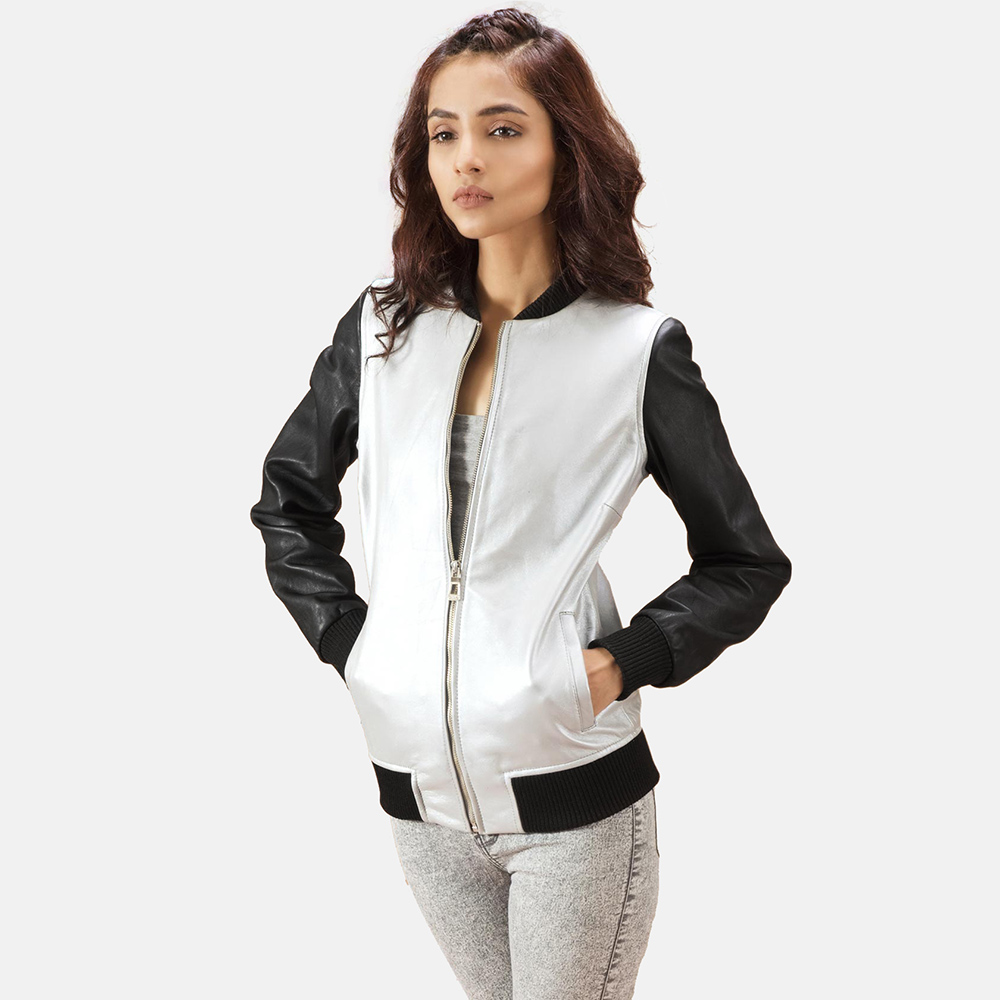 How to Clean Leather Boots?

Your Leather Jacket Care Guide – Everything You Need To Know 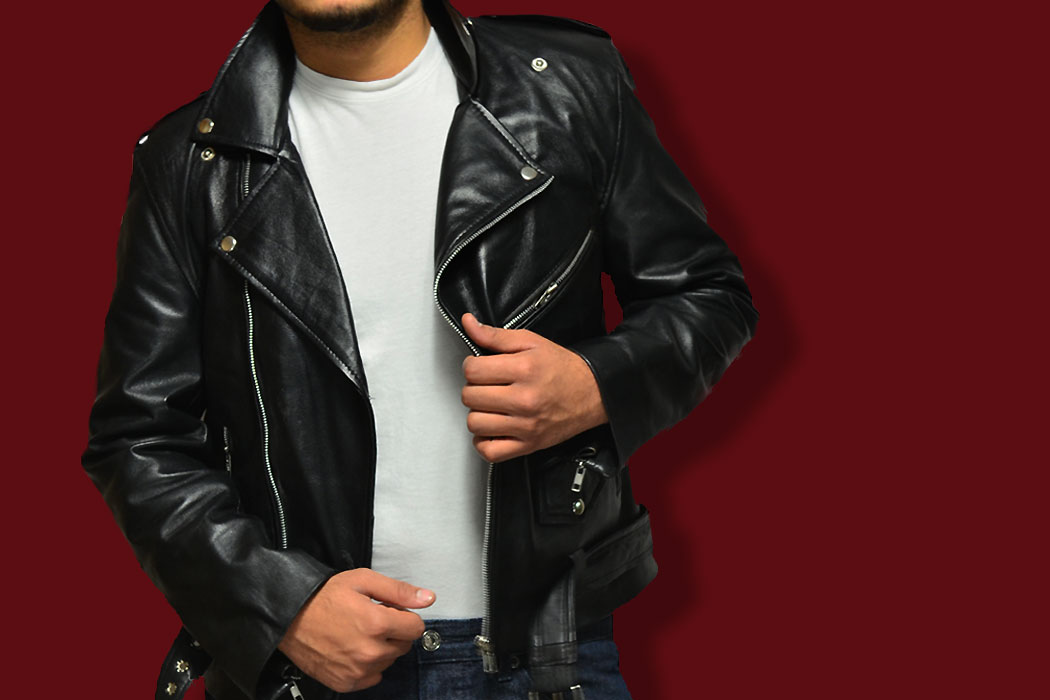 7 Things to Consider Before Buying a Leather Jacket 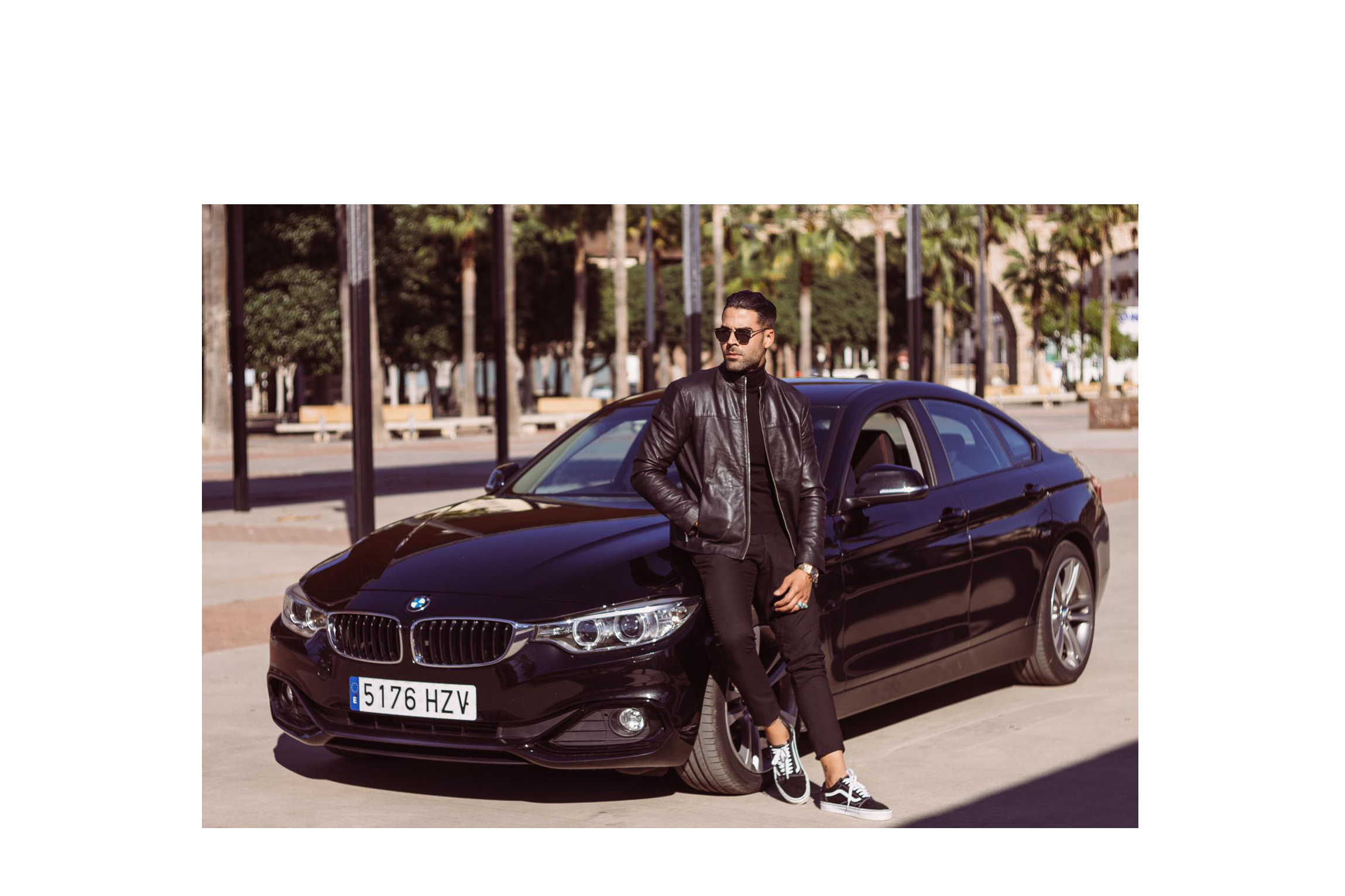 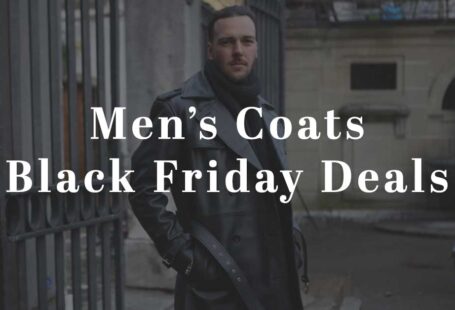