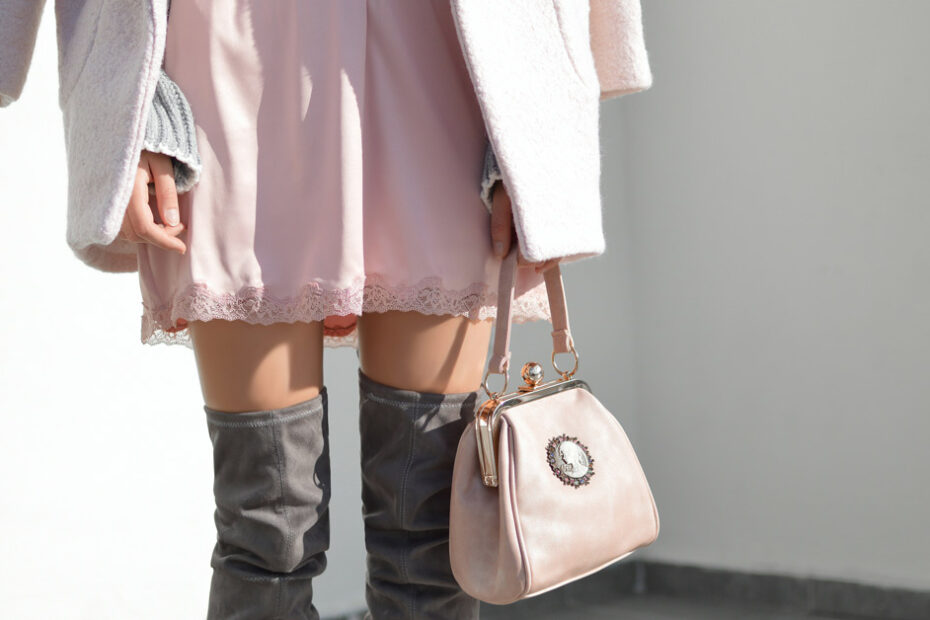 It wouldn’t be presumptuous to suggest that mod fashion was born even before it’s name was settled. We were first introduced to the style in the 1959 novel Absolute Beginners where the protagonists had smooth hair with a burned-in side part who wore neat white Italian round-collared shirts with a Roman jacket and tailored pants.

The interesting thing about this style is that it’s still relevant today. You can find preppy men and women incorporating this style in their streetwear all the time.

What is MOD Fashion?

Mod fashion is essentially inspired by jazz music and European art films. This style of clothing includes slim-fit and tailored clothes with bright and bold prints. On one hand, women adorned mini-skirts, shift dresses and twin-sets, on the other hand, men wore polos, slim-fitting pants and black and white suits.

The hemline was particularly hot and controversial. The most popular fabrics at the time were tweed, wool and velvet. Women wore geometric prints and sleeveless shirts with bomber jackets and T-strap shoes. Accessories were also bold at the time so headbands, sunglasses, buckles, piping and colored laces were trendy and popular. Slim-fitting pants, parka jackets and button-down shirts were a staple for men. As far as the colors are concerned, mods loved to wear black, navy and neutral colors.

Mod fashion can be described as vintage because of the colorful prints and eye-catching hemlines. The basic idea behind all of this was to look sexy, sharp and smart.

In the past, we’ve witnessed many youth subcultures rise and fall back into the shadows. We’ve had the teddy boys, the new romantics, the rockers and even the punks. While some styles established a cult following others became irrelevant or failed to regain momentum. This, however, was not the fate of mod fashion.

We can still see men in knitted polos, jacquard outerwear, tailored pants, and of course, desert boots. Mod fashion resonates with the men of today because it’s sophisticated and vogue. This style is quite popular amongst the alternative musical groups; responsible for it’s ongoing popularity and influence over the younger generations.

Mods or modernists were the ones who listened to jazz and soul music – a deviant behavior since most people at the time favored rock’n’roll. Mods were rebellious in their own way. They wanted different things in life which was a matter of conflict with the previous generation. Instead of living up to their responsibilities, they lived in the moment. They wanted to party and practice hedonism; they thought of this lifestyle as cool and French.

The post-war mod wave made a strong comeback in the 70s and then again in the 90s. The bottom line is that the style keeps experiencing a revival due to what it stands for: revolt.

A style that emerged in the late 50s is still significant today because of the cultural imprint it has left on us. After experiencing a mild lul in the late 60s, it made a comeback again in the 70s and then again in the 90s; reassuring that it’s never going out of style.

Not many fashion analysts at the time believed that a style that’s rooted in the London of the 1960s would thrive and excel today. Mod fashion is bold and brash; not just in terms of clothing but also the state of mind. Men and women in the 60s were considered bold as they were open to new styles of dressing up and expressing themselves. They embraced the rapidly changing times in colorful clothing and innovative designs.

What is Modern Mod Fashion?

Mod fashion has always been trendy. What started in London gradually dominated the fashion industry across Europe and USA. The meaning of mod fashion has evolved over the years without losing it’s essence. Hence, if you’re interested in becoming part of the mod club, adopt and incorporate the following ideas into your style.

Mods are obsessed with geometric prints and block lettering and by default their favorite color is black or white. The combination of bold design and color were the rage in the 60s. Go bold with these exotic and stylish prints and designs.

Every mod likes to wear perpendicular and rectangle designs and cuts. What makes this different and unique is the fact that they’re made of divergent colors. The size of these shapes also vary. This particular style has a name and it’s called Mondarian. Like the mod women of the past, try this interesting style and wear dresses that are now known as mondrian dresses.

Mod women often enjoyed raising eyebrows by wearing mini skirts of shocking lengths. In fact, some created an extraordinarily shorter version of mini-skirts that became known as “micro” mini. So, if you intend to go mod, make sure this garment makes it to your list.

Remind yourself of the Space Age by wearing chain metal tops and clear vinyl raincoats. These two were some of the first mod trends that come to your mind when you explore and do your research. These clothes tapped into the ethos and futuristic potential of humankind. But one thing is for sure, this type of clothing was slightly bizarre, after all, it included headgear made of shiny plastic and sunglasses that resembled protective eyewear.

Men and women enjoyed wearing Peter Pan collar shirts – this was the real deal. And so if you want to dress up like mods, you have to start looking like children. This old-age fashion was inculcated into wedding dresses; the only trend from the 60s we wish doesn’t make a return.

The men in the 60s wore suits that were crafted in an interesting manner. For example, unconventional fabrics like wool and cashmere were used. It also had a blue check pattern with accents. In addition, these suits had patch pockets along with buttoned flaps and sometimes even slanted pockets. The suits also had dark leather buttons; surprisingly subtle. Recreate these vintage looks to feel like a mod.

Mods were classic and stylish in every sense of the word. They wore a variety of pants, like slim-cut pants with military pockets with 2 fastened buttons each. The attire included wide belt loops that usually adjusted an oversized belt buckle. The buttons were always decorative and highlighted to match the color of footwear. Usually loafers and chelsea boots were worn to complete these looks.

How To Describe Mod Fashion?

Mod fashion can be described as bold, brass and edgy. It is vintage, sophisticated and preppy at the same time. It includes contemporary garments like mini skirts, slim-cut pants, military suits, and tailored peter pan collared shirts.

What Does Mod Style Stand For?

The word mod is used to describe modern. Therefore, mod style is the type of fashion sense that is ultra-modern, contemporary and sometimes even controversial.

What Is A Mod Girl?

A mod girl is someone who wears flats with mini skirts and bold jewelry. These are the girls inspired by blues and jazz music. They often have bob haircuts with small faces and deep-socket eyes.

It can be said that mod fashion is representative of the time today. It started back in the 60s in London and quickly became popular all over the world as it resonated with the mindset of the people at the time. The ethos and attitude is pretty relevant within the population today. That is exactly why the clothing style is embraced by men and women alike. You have the men wearing slim-cut pants with military pockets, collared shirts and Parka jackets. And the women wearing mini skirts, with sleeveless tops and bomber jackets.

previousStylist Responds: What is An Unstructured Blazer?
nextWhat is Protein Leather?