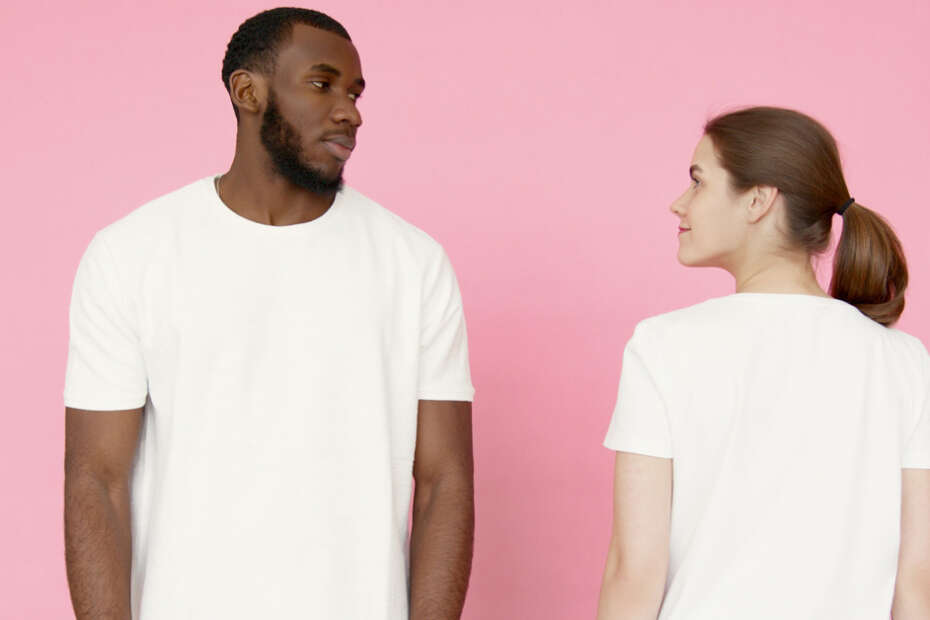 A woman wearing a suit and tie is seen as dominant and powerful while a man in a skirt and heels is prone to negative attention. There is something seriously problematic about our view on gender identity and norms.

The rise of unisex clothes is probably one of the forces challenging the archaic model of gender specific clothing; a philosophy or notion that is patriarchal and outdated.

The fashion moguls have been quick to understand the significance of changing times; instead of losing momentum, they vouched to create a genderless niche for the individuals tired of labels and unwanted categorization.

Some brands even prompted a narrative that streetwear has always been genderless. Most streetwear designers argue that it is the only style that encourages oversized and unstructured silhouettes.

Sweatshirts are possibly the first piece of clothing that are genderless; no one questions whether a sweatshirt is designed for a male wearer or a female one. And along with that, there have been efforts to make clothes baggy and untailored so as not to fit any particular body shape or size.

What Is Unisex Fashion?

People who are new to unisex fashion are often misguided as they believe that gender-neutral clothes are nothing but shapeless monochromatic sacks. That would actually be an oversimplification of the entire movement and a reductionist view of genderless fashion.

Here’s an attempt to explain what unisex clothes really are: Unisex clothes are essentially garments that aren’t designed with a gender-related notion in mind. This style of clothing is established for the individuals who want to deviate from the barriers created by society in the world of fashion.

Gender-specific clothing is evolving with time; this small yet essential step is now an outlet for people restless to start broader conversations about equality. Not only does unisex clothing aid in breaking the metaphorical walls of gendered clothing, it also allows people to freely express themselves.

Unisex clothes are sensitive to the emotions of people struggling with concepts of gender and sexuality. It serves a deeper purpose than aimless rebellion by making room for gender fluidity.

Whether it is popular male singers dressing up in ball gowns and jackets on the cover of a famous magazines or the face of female empowerment drawing attention to bigger subjects while adorning genderless jumpsuits, everyone is now jumping on the bandwagon and creating channels for self-expression.

Unisex Fashion in The Mainstream Media

2015 was an important year as many designers and fashion labels got together to shatter the shackles of gendered clothing. Some brands merged their menswear and womenswear sections while others put out their unisex pieces on display. Androgynous models were also hired to promote this particular style of clothing.

Critics have raised concerns about the female wardrobe becoming more masculine after the rise in genderless fashion. Of course, this was coming since the time women decided to adorn blazers and jeans. However, this argument is baseless and reeks of hatred.

This is how such critiques are responded: The genderless or unisex movement might have made womenswear slightly more masculine, but it still doesn’t take away from their feminine side. Some people also claim that the wave of men adorning feminine clothes was short-lived.

The attitude of Gen Z seems different to genderless clothing since they’re more open as a generation. This has led us to believe that we have exciting years ahead as gender-neutral clothes might experience another powerful wave, leaving more room for exploration and self-expression.

The Future is Gender Fluid

This is a huge statement. In the future, we’re going to witness unisex clothing bridging the gap between the gendered divide. Here’s why unisex clothes should be under your radar!

The most heartwarming reason to celebrate the rise of genderless clothing is this: It accepts everyone and allows people to express freely. Unisex clothes are for all genders, colors, shapes and sizes. You could be a big and tall body or have a petite frame and still manage to rock a unisex style.

How to size women in unisex clothes?

All unisex clothes are sized differently. This is why women should always go for clothes that are 2 sizes smaller than their usual size. For example, if you’re a size 9, go for size 7.

What clothes are unisex?

People tired of the labels and gender norms should try unisex clothes as they make them feel limitless and creative. Apart from streetwear, ball gowns and skirts have also become gender neutral.

What does unisex mean in clothing?

Unisex are clothes for all people; designed for people regardless of their gender. For example, anyone can wear a pair of denim jeans and rock it with a basic white tee and sneakers.

Yes, unisex sizes are generally bigger than your normal size, especially for women.

Unisex clothing has changed the landscape of the fashion industry. It’s not just a statement that will lose heat in a couple of years – it’s here to stay. This is a good sign because it celebrates diversity. This allows fashion designers to step up and experiment with loose cuts, oversized clothing styles, and more.

0 0 votes
Article Rating
Subscribe
Login
0 Comments
Inline Feedbacks
View all comments
previousWhat is Cocktail Attire? How Has It Evolved Over The Years?
nextDandyism: Historical Background and What it Means Today
wpDiscuz