We all love our denim jeans, especially today when denim is neither gender specific nor age specific and enjoys global fame within the many aspects of life. In this interesting post that is definitely a must-read, we pay tribute to this 130 year old material by sharing and remembering notable milestones in its still growing existence.

dream jeans
Did you know that the very first denim jacket was created in 1880 by denim legend and founder of Levi’s- Levi Strauss? However; this was more of a finale to his previous work which is what he is most recognized for, and that being the introduction of the first ever pair of denim jeans back in 1870. Known for its utility and durability, denim jeans being breathable, made it an ideal ‘fit’ for railroad engineers, miners, cowboys of the time who used it as daily-work-wear. The denim jeans were a roaring success which led Strauss to introduce a top to match which was initially called the Triple Pleat Blouse. 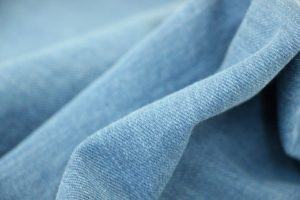 An Attempt was Made to Replicate the Fabric Due to its Impressive Qualities.

Dreams Behind the Denim Jeans

At this point, it would be fair to say that none of this would have been possible had it not been for the denim fabric created in Europe. Originally worn by Italian sailors at the time, a cloth created in the cotton city of Genoa was discovered by the French town of Nimes. An attempt was made to replicate the fabric due to its impressive qualities of natural strength and durability. This attempt failed but the resulting material from the replication was named ‘’De Nimes” which we know today as Denim.

While the stories of origin of denim as a fabric as well as denim jeans and jacket may all be inspiring, denim has also had its share of controversy. What! CONTROVERSY! Yes, as much as denim jeans and jackets were all the rage from as far back as we can remember, there were times when denim was associated with rebellion, juvenile delinquency and hence, were banned in some schools, as they were considered by some to be the nonconformists’ uniform of choice. This is not to say that this had a negative impact, but only made denim jackets in particular to be even more ‘in demand’ and popular than ever. It was and is still the ‘cool’ wardrobe staple for millions. 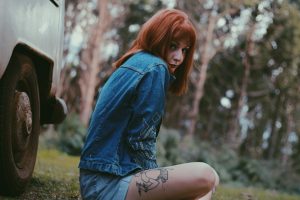 Denim was once Controversial Often being Associated with Rebellion

Denims have truly been through a lot over the years and have evolved along the way from the military to movie stars. Below we share some memorable milestones as “Fun Facts” where denims have been styled and incorporated to inspire you to get your custom denim jacket made from The Jacket Maker.

Known for her red carpet ensembles, Marilyn Monroe remained equally stylish with her off-duty fashion picks, especially in 1961 where she was spotted in cool denims that made captivating rounds globally. 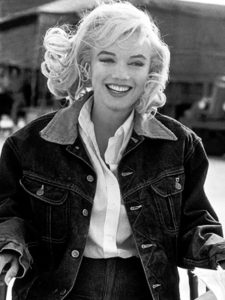 Marilyn Monroe needs no Introduction… Same Goes for her Style

James Dean is no stranger to style either; or even the masses, in 1955 the popular “Rebel without a Cause” star shows off his inspiring denim look. 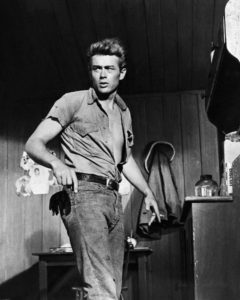 By the 1960s rock and roll moved parallel with denim style even more so on the streets. In 1971 world renowned singer John Lennon shared his take on denim with the world. From then, denim jackets took on a more artsy look that mixed well with the hippy culture of the time. 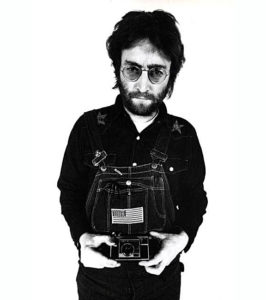 Updating denim by 1980 by adding the illusion of broad shoulders and boxy silhouettes, that gave it a fresh feel, the then 20 year old Sarah Jessica Parker sports an oversized denim jean jacket and inspires many to follow suit. 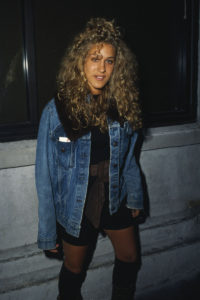 For his album ‘’Born in the USA” Bruce Springsteen motivated everyone to dance to his tunes in denim jeans that styled up the mid to late eighties.

Bruce Springsteen Goes Denim on Denim from back in the Eighties

Moving on to the world of fashion, supermodel Claudia Schiffer added her own essence of style to the timeless trend of denims in 1992 seen in many of the Guess campaigns. 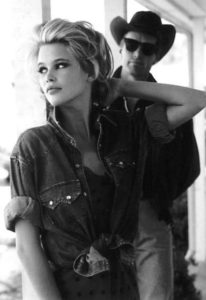 As for denim style in the music scene, Madonna added oomph with her sleek denim on denim looks for her ‘’Ray of Light” video which probably inspired Britney Spears and Justin Timberlake to go for matching denim on denim coordinated ensembles at the American Music Awards the same year.

From Jeans to Genius

Did you know that most ‘real’ denim jeans stretch from 1 to about 1.5 inches after approximately 3 months of wear? The same goes for denim jackets; though jackets are not worn as much, it’s safe to add a month or two more of wear before it begins to stretch. A wise tip would be to prevent them from reaching direct contact with moisture as this will shrink them.

Speaking of shrinkage, it is important to know that pre-washed denim will not shrink as much as unwashed denim, although shrinkage is possible due to repeated hot water washings and routines in the dryer. To be on the safe side of stylish denims, set the washing machine to fill with hot water, put the denim jean jacket in the soapy water and allow the machine to run through its cycles normally. The only point to keep in mind is to hang your denims outside and allow it to air dry instead of sending it through the dryer. The rewards are great and will be even more noticeable with time. Notice the fresh scent after air-drying? Notice how your denims do not shrink or stretch so much? Now you know why… Denims are forever!