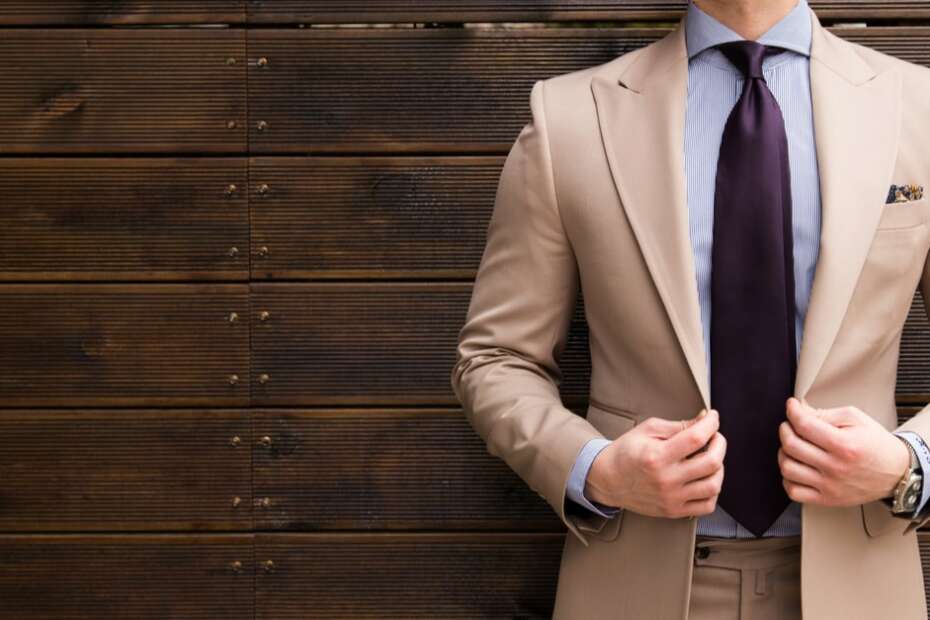 The world of men’s fashion is, without a doubt, extremely diverse. There are thousands of outfits spanning hundreds of different cultures and regions. Yet, despite the large assortment of apparel, formal dress code have become the universal symbol of sophistication and seriousness. If you see someone following a formal dress code, you know they mean business. No matter which part of the globe you belong to, a formal dress always represents a level of maturity and seriousness.

While the formal dress in its primitive form dates as far back as the 1660s, something resembling modern fashion didn’t appear until the 1840s. The modern formal dressing owes its beginning to the popularization of morning coats. They eventually evolved into frock coats by the 1920s and coined the term formal dressing. What started as a way for men to dress well quickly became a worldwide staple of men’s fashion.

Is it Hard to Follow the Formal Dress Code?

No, not at all. Just looking at a formal dressed man might lead you to believe that that person spent hours planning and getting dressed. In reality, they didn’t spend a second extra. That’s the beauty of the modern formal dress code. Even a laid-back man can look extremely well-dressed without putting much effort into it. It truly is the perfect outfit that many claim it to be. The key to successfully pulling off this look is to know what to wear, on what occasions. Having this knowledge will not only reduce your dressing up time but will also ensure that you are always in the correct attire.

Formal Dress Code that You should Know about:

So, you want to get dressed according to the formal code, but you don’t know where to start. Any event that requires a formal dress will mention the dress code on the invitation. But, the terms used to describe formal clothing might appear cryptic and confusing to anyone unfamiliar with the topic. They might find it challenging to understand the difference between smart casual and business casual. Let alone, the different degrees of formal menswear.

Fear not, as this mini-guide is just for you.

The formal dress code options can be broken down into two main categories, ultra formal and formal. Let’s take a look at them one by one.

Ultra formal dress code is the strict side of formal dressing. You have to stick to a predetermined set of clothes, and any alterations will be met with disapproval. The only contender of this category, at least for our purposes anyway, is white tie.

White tie is considered the most formal dress code of them all. You will most likely never get invited to an event with shirt and tie dress code. But if you do, then you should be proud of the fact that you have a sophisticated social life.

The centerpiece of this outfit is a tailcoat along with white gloves, which is admittedly a bit much in the modern era, even among formal wear enthusiasts. So, you can instead opt for a dinner jacket or a tuxedo that is just as aesthetic without looking straight out of the twentieth century. Keep in mind, though, that anything other than a tailcoat is considered to be a part of white tie optional (which we’ll discuss in a minute.)

Accompanying the tailcoat is a white wingtip collar shirt, a white waistcoat with a white tie. There isn’t much room for creativity or personal flair here, and it’s best that you don’t even try to change something about it. As for the shoes, a pair of shiny black oxfords is all you need.

The formal dress code is a step down in terms of strictness but isn’t as open as casual. You still have clearly defined rules that you have to follow, but there is some wiggle room. Instead of being tied to just one type of suit, i.e., tailcoat in white tie, you have an option that is a tux that may also be worn with a white tie.

A black tie is what many people think of when the word formal comes up. It is, however, a tier below white tie on the formal dress code hierarchy.

This is the outfit that neatly sums up the appeal of following a formal dress code. The exact way to don this attire depends heavily on the event, as well as the time of the day.

If it is a daytime event, then the appropriate suit combination is a black or dark grey coat with matching trousers. The accompanying shirt is usually white and has smart cufflinks.

The traditional European version of this outfit also includes a double-breasted vest and a long tie. Not to mention, a pocket square or lapel pin that are optional accessories.

Nighttime events are where the real fun begins. For starters, you have a lot more options when it comes to suits. You can wear the tried and tested tuxedo or any type of suit that you like. It just needs to be either black or dark-colored. Although a white dinner jacket is also acceptable especially in tropical or humid climates if not typically summer.

The things surrounding the outfit, like the shoes, socks, and tie, are also kept dark, with the exception of the shirt, which is usually white. Long ties are acceptable when the invitation says black ties are optional, but the classic bowtie is a lot more common.

A little on the side according to the ‘formal hierarchy’ offering a bit more comfort with the right amount of formality is the cocktail attire. It is usually worn to parties, receptions, anniversaries, and reunions.

This dress code requires a combination of dark, usually navy blue or charcoal, suits with white dress shirts, and leather shoes. It is still a part of the formal dress family but allows for a little more creativity than traditional formal clothing. One thing to note is that the suits should be dark, but never fully black.

A fun way to spruce up this outfit is by rocking a colorful tie with bold patterns. Another colorful addition to this ensemble would be a pair of vibrant socks. However, keep in mind that the color pletter be more on the medium to dark side.

You also have a little more leeway on the shoes, as you can choose to wear shoes made out of any type of leather. Though, suede usually doesn’t fit very well with this style.

There are a lot of things to learn and understand about formal dress codes. Hopefully, the list above gave you a fairly decent idea of how this dress-code works and where to get started on your journey. To further improve your understanding of this topic, here are the answers to the most frequently asked questions regarding formal dressing.

What is the difference between formal and semi-formal dress codes?

Semi-formal dress code vs. formal dress code for men is the thing that a lot of newcomers struggle with. But it isn’t that difficult to tell them apart if you know what to look for.
Formal attire is one with strict, rigid rules and a standard for everything from the color of the suit to the types of shoes that you can wear.
A semi-formal dress code is similar in the sense that it mainly consists of suits and stuff. The difference is in the fact that semi-formal allows for a lot more personal expression and customization of the outfit. You can’t change much, but it is still more than classic formal.

What is the formal dress code for a wedding?

The two most popular formal dress codes for weddings are black tie and black tie optional. We have described black tie in our list, so let’s take a brief look at black tie optional.
Black tie optional is fairly similar to regular black tie with its dark suit, white dress shirt, and shiny leather shoes. The difference is that if the entire gathering agreed to it beforehand, you can try out different types of suits other than a tuxedo and even wear colorful ties and socks. Nothing too vibrant, though.

What is the formal dress code for a presentation?

Your attire for a presentation depends heavily on your audience’s choice of fashion. As a general rule of thumb, you need to be one step above the formal dress code ladder than your audience. If they are going to wear casual clothing, then your best option is to go for a business casual look. If, on the other hand, you are presenting to an audience wearing business casual, then basic formal is the way to go.

Is Polo a formal attire?

If we’re talking strictly about traditional formal clothing, then no, a polo is nowhere near formal. But, if we loosen our definition of formal a bit, then we can fit a tucked-in polo shirt softly, snuggly between business and smart casual. This will make it a part of semi-formal clothing, which is just formal by proxy.

Formal dressing is something that every sophisticated man should understand. Even if you aren’t that big of a fan, just spend some time learning about why these codes are the way they are, and you’ll see their appeal for yourself. Furthermore, if you do decide to become a part of the international formal dress code community, then the jumping-off point is not that far. You can start your journey from a run-of-the-mill pre-made suite and make your way up from there.