What Is a Sherpa Jacket & How to Style it? 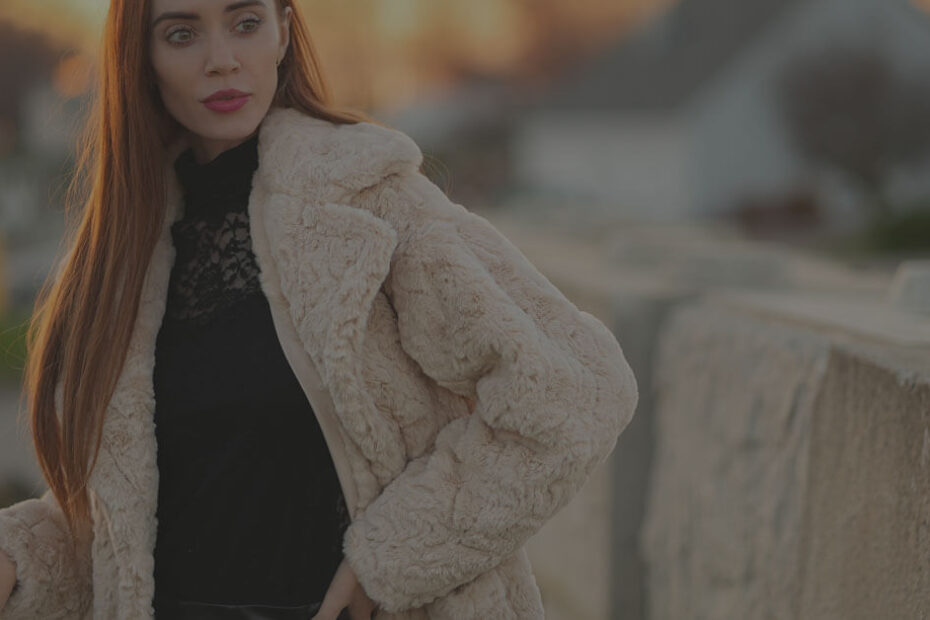 The Sherpa jacket is part denim trucker, part fluffy wool, and completely astonishing. The impeccable style and cozy warmth of a Sherpa are rivaled by none. Sherpa jackets are the hot new trend right now, and it is easy to see why. Who doesn’t want a piece of upper wear that is functional and modish at the same time? But before we look at what makes Sherpa such a great material for fashion, and how you can incorporate it into your daily life? We must understand what Sherpa is.

What Does “sherpa Lining” Mean for a Jacket?

Sherpa is a soft furry material made from polyester, acrylic, and cotton. It is often fluffy on one side and flat on the other, and that is due to its intended purpose of lining material. While there are some fully Sherpa jackets and coats available on the market, they are not ideal for any kind of cold or wet weather, as they are completely breathable and not waterproof in the slightest. The better way of creating a Sherpa jacket is by lining it inside some other material. The Levi’s denim Sherpa jacket is one of the most notable examples of this being executed in a flawless manner.

Other than the fashion and style reasons, the biggest pro of Sherpa we see many people talking about is its ability to provide warmth and comfort to its wearer. But are these claims true? And are Sherpa jackets as warm as everyone says they are? Let’s investigate these claims and compare the Sherpa jacket to other popular winter uppers.

Sherpa on its own is not very warm. It lets cold air get through and soaks up moisture like crazy. But once we throw an outer fabric layer into the mix, the whole story changes. If paired with fabrics like cotton, polyester, and denim, the Sherpa becomes extremely insulating and ideal for really cold temperatures.

Sherpa jackets are a wonderful way of fending against the cold winds and chilly temperatures. Despite its lightweight and breathable nature, Sherpa is extremely good at trapping body heat and keeping you warm. This is also the reason why many baby winter blankets come with Sherpa lining.

Is Sherpa Warmer Than Fleece?

The Sherpa variety of fleece is often touted as the warmest kind of fleece you can buy on the market. The other sorts of fleece are usually warm as well, but none of them are warmer than the fluffy Sherpa. The only form of fleece that has even a chance of standing up to Sherpa is polar fleece.

Does Sherpa’s Warmth Hold Up to Wool?

Sherpa is an amazing vegan alternative to wool, as it is made with the same feathery texture as wool, and it works perfectly as a lining material. But how does it compare to wool when it comes to overall warmth? For the most part, Sherpa holds up pretty well against natural wool, but despite it being very good, it falls slightly behind high-end down wool (which is often cited as the warmest type of thread). The area where Sherpa jackets hold an edge over wool ones is the weight to warmth ratio, as Sherpa is considerably thinner and lighter than well while providing nearly the same insulation.

Which Is Warmer Between a Sherpa Jacket or a Down Jacket?

Down jackets are lined with real down wool, which, as mentioned earlier, is the warmest kind of wool on the consumer market. So, we can safely say that down jackets are warmer than Sherpa jackets. But one thing to keep in mind when making this comparison is that down is extremely more expensive than Sherpa. The steadily increasing demand, plus limited supply due to it being a natural substance, has raised the prices of real down wool jackets above the skies.

At a point in history, the whole purpose of a jacket was to protect its wearer’s body from the cold and elements of nature. The process of designing these jackets revolved around their intended function and not much thought was given to its aesthetic aspects. But times have changed since then, and so has our approach or jackets, coats, and upper wear in general. It is no longer just about staying warm. If a piece of clothing is going to cover the upper halves of our body for an entire season, we want them to look good on us and provide style and fashion. So how do Sherpa jackets fair in this department?

Are Sherpa Jackets Currently in Style?

There have been many fashion trends regarding uppers and jackets in the last ten years, and if we take a closer look at them, we’ll quickly find that Sherpa jackets have been a part of most of these trends, some of which are still ongoing. So, yes! Sherpa jackets are trending right now, and judging from history, they will be trending for a long time to come.

But why is that, why are these jackets all of a sudden in trend again? It all has to do with 90s fashion coming back with a modern twist. The most famous Sherpa jackets are the denim trucker truckers from Levi’s and as their whole brand is coming back into the high-fashion spotlight, so are their iconic blue denim and Sherpa jackets.

The adoption of Sherpa jackets by mainstream media, a-list celebrities, and online influencers is also a leading cause behind the recent surge of popularity. Besides, more and more people are becoming aware of the practical side of Sherpa. It’s easy to manage and naturally cold areas have made these jackets a daily driver for many people, especially for folks living in colder climates like Canada.

How to Rock a Sherpa Jacket?

Office jobs can often feel extremely restricting when it comes to dressing. After all, there are only so many shirts and tie combos that you can try. But, Suits and dress shirts are not the only attire that fits an office environment. The right Sherpa jacket, when paired with the right clothes, will allow you to attend the next meeting with elegance.

A good example of a Sherpa jacket working well in a formal style would be a leather Sherpa jacket (preferably a dark color) with a light grey or white dress shirt, navy blue or dark blue jeans, and a colorful tie to contrast the whole muted look. If it is particularly cold outside, you can also add a cream-colored or beige sweater into the mix for a complete, cozy look.

Ladies can also up their office fashion game by rocking a light-colored, cotton exterior women’s Sherpa jacket on top of their usual office attire. But there are also options available for some specific outfits that they can craft. For example, a black cotton Sherpa jacket works wonders with black pants and an embroidered white shirt.

Sherpa jackets have been at the forefront of many fashion magazines, and this not without reason. Especially the blue denim Sherpa jacket is gaining traction in the fashion world for quite some time now. The true strength of this particular Sherpa lies in its ability to fit many different outfit styles. You can wear blue denim with white Sherpa over a full white or full black outfit for a minimalist look. Or, you can try pairing it with stylish blue jeans for a look that leans more toward the Canadian tuxedo.

You can also mix in some patterns on your t-shirts, and even rock ripped jeans for a more modern look. One combination that most people are not aware of is a hooded sweatshirt with denim Sherpa. This particular pairing looks great on any day of the week and also provides additional comfort and warmth on the extra cold days of the year.

The high fashion Sherpa look is filled with seemingly astonishing clothing, bold color contrast, and interesting layering. It is almost like abstract art in a way. This is also the area of Sherpa fashion that is not defined by any previously existing rules or expectations.

Going into specific outfits that you can try on will honestly kill the whole idea behind this look. It is all about experimentation and letting out your imagination. This is one of the few looks that are fully compatible with full Sherpa jackets. Maybe try on a red cotton Sherpa jacket with an all-black outfit. Or pair your light blue denim men’s Sherpa with a baby pink V-neck. The world is yours. There is only one thing to keep in mind, and that is to only wear the outfits that you personally like and feel comfortable wearing because that self-expression is the true charm of this look.

previousWhat Is a Puffer Jacket, and How Can You Rock Its Multiple Looks?
nextVintage Leather Jacket Nuances & Styles